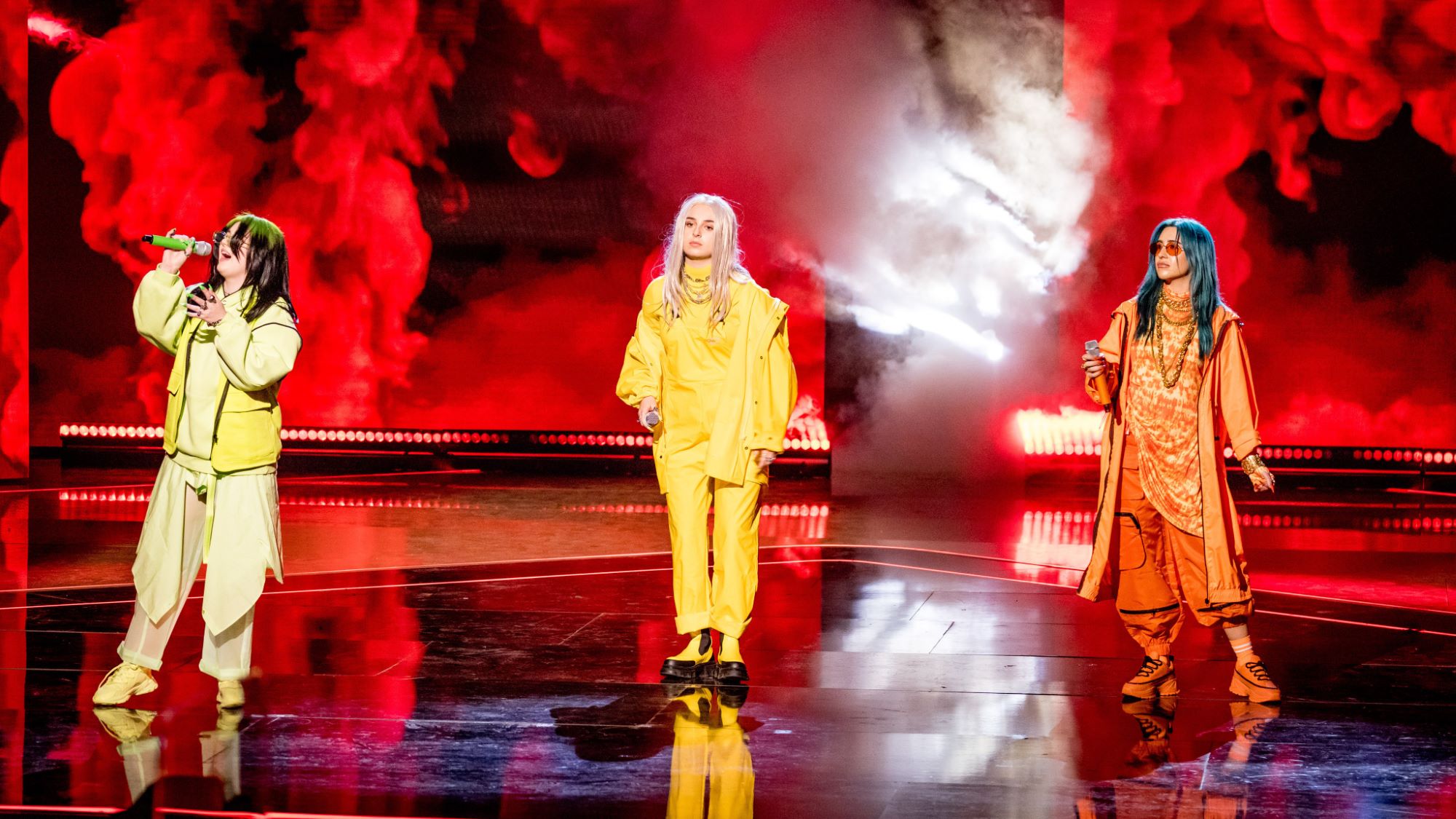 A trio of Billie Eilish fans take to the stage on ITV’s Starstruck this week.

Airing Saturday nights, Starstruck is the show in which teams of superfans have the ultimate makeover into their idol and take on their biggest songs.

Each week will see teams of three not only singing like their idol, but they also becoming them in the ultimate showbiz makeover.

On the show this week we meet Team Billie Eilish as they take to the stage in a bid to impress the star-studded panel and voting audience.

Amy, Frankie and Claudia transform into Billie as they sing No Time To Die.

You can watch a first look below!

Hosted by Olly Murs, each episode will see four teams of superfans battle it out for a place in the final and a chance to win the £50,000 prize.

It’s then down to the voting audience to pick just one person from that team to go through to the series final and have the chance to win the money.

Past episodes have seen teams of Cher, Michael Bublé, Alicia Keys and George Michael while last week Olly got a surprise when he was faced with three fans appearing as himself.

“I mean these are regular people that work regular day jobs that are getting to live out their fantasy which is really exciting.”

You can watch online and catch up with past episodes on the ITV Hub here.