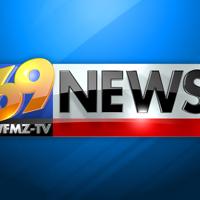 HONG KONG, Feb. 11, 2022 /PRNewswire/ — Over 77% of those interested in joining a metaverse are worried about Facebook owning the data, according to the survey of 1,000 U.S. consumers commissioned by Advokate Group.

An overwhelming 87% would prefer a metaverse on the decentralized blockchain. This sentiment was even more pronounced among Gen Z respondents who were 10% more likely to prefer a blockchain metaverse than their Millennial counterparts.

What will they do in a metaverse? The number one activity consumers are pursuing in the metaverse is gaming, followed closely by socializing with friends. A more distant third was work-related activities and then attending concerts. More than half (55%) expect to spend 3 or more hours a day in a metaverse.

Metaverse participants all seemingly would like to make real money while there with over 93% wanting to earn money that can be transferred outside the metaverse. When questioned about preferred features, respondents ranked earning money as number one followed by socializing. The third priority was the ability to transport between games without leaving the metaverse.

Many believe metaverses will take time to become mainstream. One in five (20%) believe they will be mainstream 1-2 years, while nearly half (49%) believe it will take 3-6 years.

“The future of the Internet is an immersive metaverse with a variety of thrilling, fun play-to-earn games,” said Gordon Kwok, CEO and Founder of Advokate Group. “This survey illustrates that gamers and consumers are yearning for a digital space where they can play exciting games, socialize with friends and create and customize NFTs.”

Today Advokate is also announcing three NFT drop dates for its first collection of Gaia Hero NFTs, which will be used with the first Solana-based metaverse MetaGaia in the play-to-earn game HexaHero. Find out more here.

All registered or unregistered trademarks are the sole property of their respective owners.