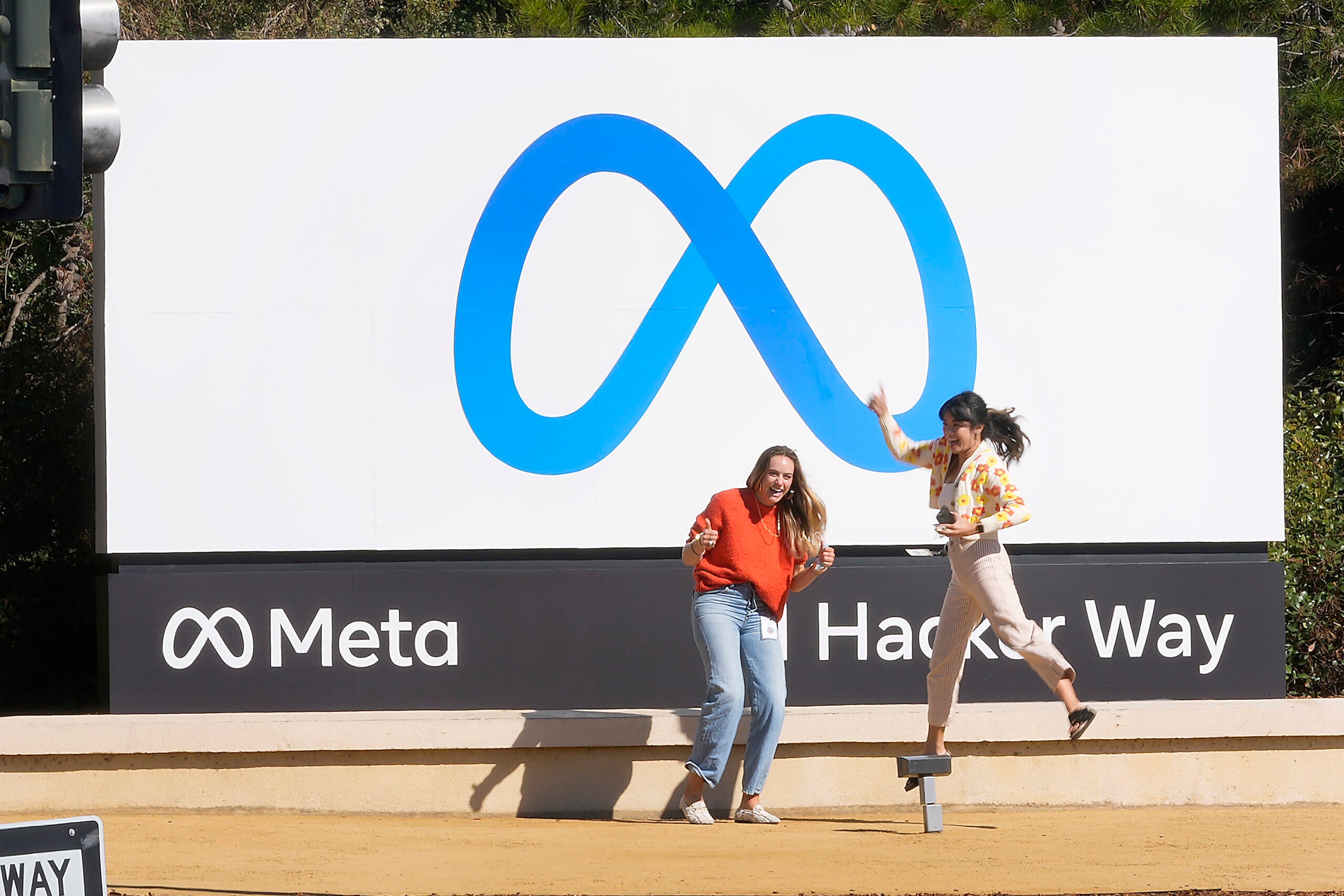 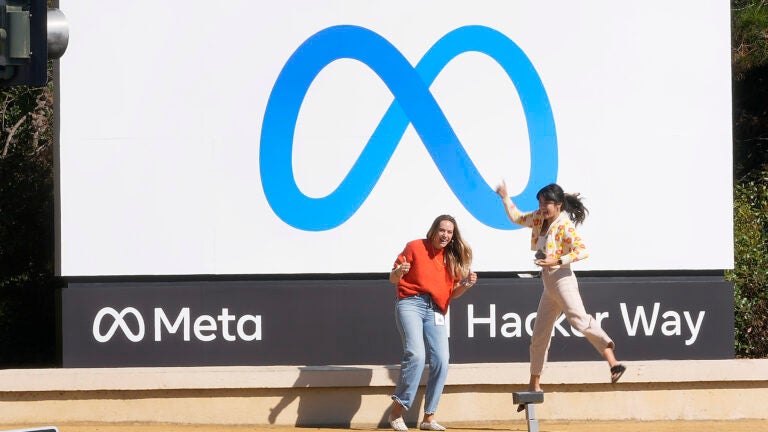 Facebook employees take a photo with the company’s new name and logo outside its headquarters in Menlo Park, Calif., on Oct. 28, 2021. (AP Photo/Tony Avelar, File) The Associated Press

Newly-renamed Meta is investing heavily in its futuristic “metaverse” project, but for now, relies on advertising revenue for nearly all its income. So when it posted sharply higher costs but gave a weak revenue forecast late Wednesday, investors got spooked — and knocked almost $200 billion off the valuation of the company formerly known as Facebook.

Meta’s shares fell 22.6% to $249.90 in after-hours trading. If the drop holds until the market opens Thursday, the company’s overall value, known as its market capitalization, is on track to drop by a figure greater than the size of the entire Greek economy, based on data from the World Bank.

The metaverse is sort of the internet brought to life, or at least rendered in 3D. Meta CEO Mark Zuckerberg has described it as a “virtual environment” in which you can immerse yourself instead of just staring at a screen. Theoretically, the metaverse would be a place where people can meet, work and play using virtual reality headsets, augmented reality glasses, smartphone apps or other devices.

But building it is not likely to be cheap.

Meta invested more than $10 billion in its Reality Labs segment — which includes its virtual reality headsets and augmented reality technology — in 2021, contributing to the quarter’s profit decline. It expanded its workforce by 23%, ending the year with 71,970 employees, mostly in technical roles.

The company also said revenue in the current quarter is likely to come in below market expectations, due in part to growing competition from TikTok and other rival platforms vying for people’s attention. Sheryl Sandberg, Meta’s chief operating officer, said in a conference call with analysts that global supply chain issues, labor shortages and earlier-than-usual holiday spending by advertisers put pressure on the company’s advertising sales.

Another problem: Recent privacy changes by Apple make it harder for companies like Meta to track people for advertising purposes, which also puts pressure on the company’s revenue. For months now, Meta has been warning investors that its revenue can’t continue to grow at the breakneck pace they are accustomed to.

“It is time for a reality check on Meta’s position for the metaverse,” said Raj Shah, an analyst at the digital consulting firm Publicis Sapient. “The metaverse is a long way from being profitable or filling the gap in ad revenue after Apple’s policy change.”

Analysts, on average, were expecting earnings of $3.85 per share on revenue of $33.36 billion, according to a poll by FactSet.

Meta Platforms Inc. took on its new name last fall to emphasize Zuckerberg’s new focus on the metaverse. Since then, the company has been shifting resources and hiring engineers — including from competitors like Apple and Google — who can help realize his vision.

Zuckerberg is betting that the metaverse will be the next generation of the internet because he thinks it’s going to be a big part of the digital economy. He expects people to start seeing Meta as a “metaverse company” in the coming years, rather than a social media company.

For now, though, the metaverse exists only as an amorphous idea envisioned — and named — by the science fiction author Neal Stephenson three decades ago. It’s not yet clear if it’ll be the next iteration of human-computer interaction the way Zuckerberg sees it, or just another playground for techies and gamers.

This could be spooking investors, who tend to prefer immediate, or at least quick, results on investments.

“There’s a lot of uncertainty about Meta’s investments in the metaverse and if or when they will have a positive impact on the company’s bottom line,” said Debra Aho Williamson, an analyst with Insider Intelligence.

“While we expect Meta to ramp up testing ads and commerce within its metaverse offerings this year, those efforts will be highly experimental and not likely to drive much revenue in the near term,” she added.

Meta said it expects revenue between $27 billion and $29 billion for the current quarter, below the $30.2 billion analysts are forecasting.

Get news delivered to your inbox each morning.