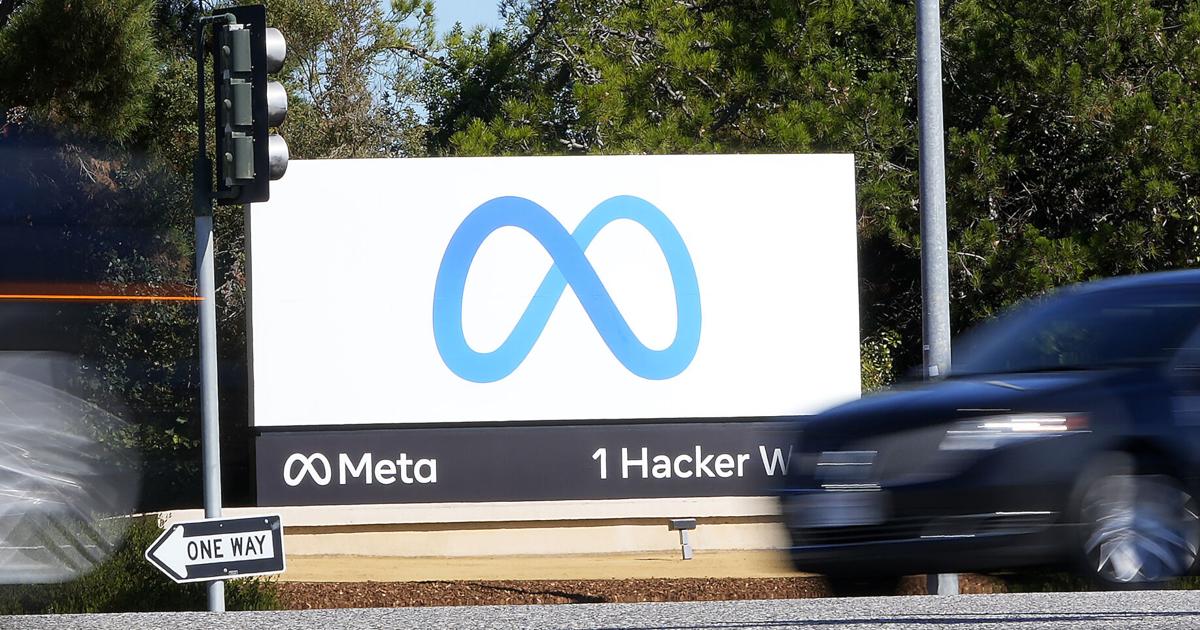 Meta is putting a lot of virtual eggs — and billions of dollars — into the metaverse basket, and Wall Street is pretty anxious about it.

Shares of the company formerly known as Facebook saw a historic plunge Feb. 3 after the social media giant reported a rare profit decline due to a sharp rise in expenses, shaky ad revenue growth, competition from TikTok and fewer daily U.S. users on its flagship platform.

At the same time, it invested more than $10 billion in CEO Mark Zuckerberg’s ambitious plan to transform Meta Platforms Inc. into a virtual reality — actually, make that “metaverse-based” — company.

Meta’s shares fell more than 26% to $237.76 Thursday, lopping more than $230 billion off the company’s overall stock market value. That’s the largest single-day decline for a company on record.

“Meta is sacrificing its core business model for its fascination with the metaverse,” said Rachel Jones, an analyst with the research firm GlobalData. “Betting big on the metaverse isn’t a bad thing — the technology is set to be huge and provide a multitude of opportunities — but it will take at least another decade to really get going.”

While tech companies are accustomed to making big bets on futuristic-sounding ideas that sometimes become reality — and come with a huge payoff — Wall Street doesn’t like uncertainty. There’s also the inconvenient fact of Facebook’s continued difficulty in dealing with toxic real-world effects on its existing platform.

There’s “continued concern that Facebook’s past challenges will follow Meta into the metaverse,” said Mike Proulx, research director at Forrester Research. “The company has work to do to convince consumers that Meta’s expression of the metaverse is a good thing,”

Since Meta took on its new name last fall, the company has been shifting resources and hiring engineers — including from competitors like Apple and Google — who can help Zuckerberg realize his vision.

Think of the metaverse as the internet brought to life, or at least rendered in 3D. Zuckerberg has described it as a “virtual environment” in which you can immerse yourself instead of just staring at a screen. Theoretically, the metaverse would be a place where people can meet, work and play using virtual reality headsets, augmented reality glasses, smartphone apps or other devices.

It might sound like science fiction, but then again, not long ago so were computers that fit in your pocket, driverless cars and microwaves that talk to you. Technology barrels ahead whether we like it or not and, to quote a vintage Facebook motivational poster in the company’s headquarters, “fortune favors the bold.” Despite an enormous backlash to Facebook’s problems ranging from misinformation and privacy mishaps to teen mental health and hate speech, Zuckerberg continues to believe that bold bets to steer the company in new directions have generally paid off.

In a Wednesday conference call, Zuckerberg said the company’s investments this year will focus on Reels — a TikTok-esque short form video service on Instagram — as well as messaging, ads, commerce, privacy, artificial intelligence “and, of course, the metaverse.”

“Making meaningful progress across all seven of these areas is going to improve the services we offer today and will help power a social, intuitive, and entertaining metaverse,” he said. But he acknowledged that “this fully realized vision is still a ways off, and although the direction is clear, our path ahead is not perfectly defined.”

But while Wall Street’s metaverse optimism appears to fall well short off Zuckerberg’s, Meta’s rivals are ramping up their own metaverse projects. This includes Apple, Google and Microsoft, which recently bought the video game company Activision Blizzard with the hopes of accelerating its ambitions for the metaverse.

Stifel analyst Mark Kelley sought to calm investors, noting that Zuckerberg outlined not one but seven investment priorities for the company this year. He said he doesn’t think Meta’s initial goal of reaching 1 billion metaverse users is a stretch — and importantly, he believes only 40 percent would be gamers, signaling its broader appeal.

Meta’s stock plunge doesn’t discourage metaverse enthusiast and venture capitalist Matthew Ball, who months before Facebook’s renaming started an index fund of metaverse-related companies. Meta the company is one of the 45 stocks in Ball’s index.

“Mark’s focus on the next-generation internet is actually justified by the fact they can see in their core business that growth is slowing, that users are shifting elsewhere, and in particular, young users are shifting to these virtual and immersive worlds where they’re a small participant and where their investments are focused,” he said.