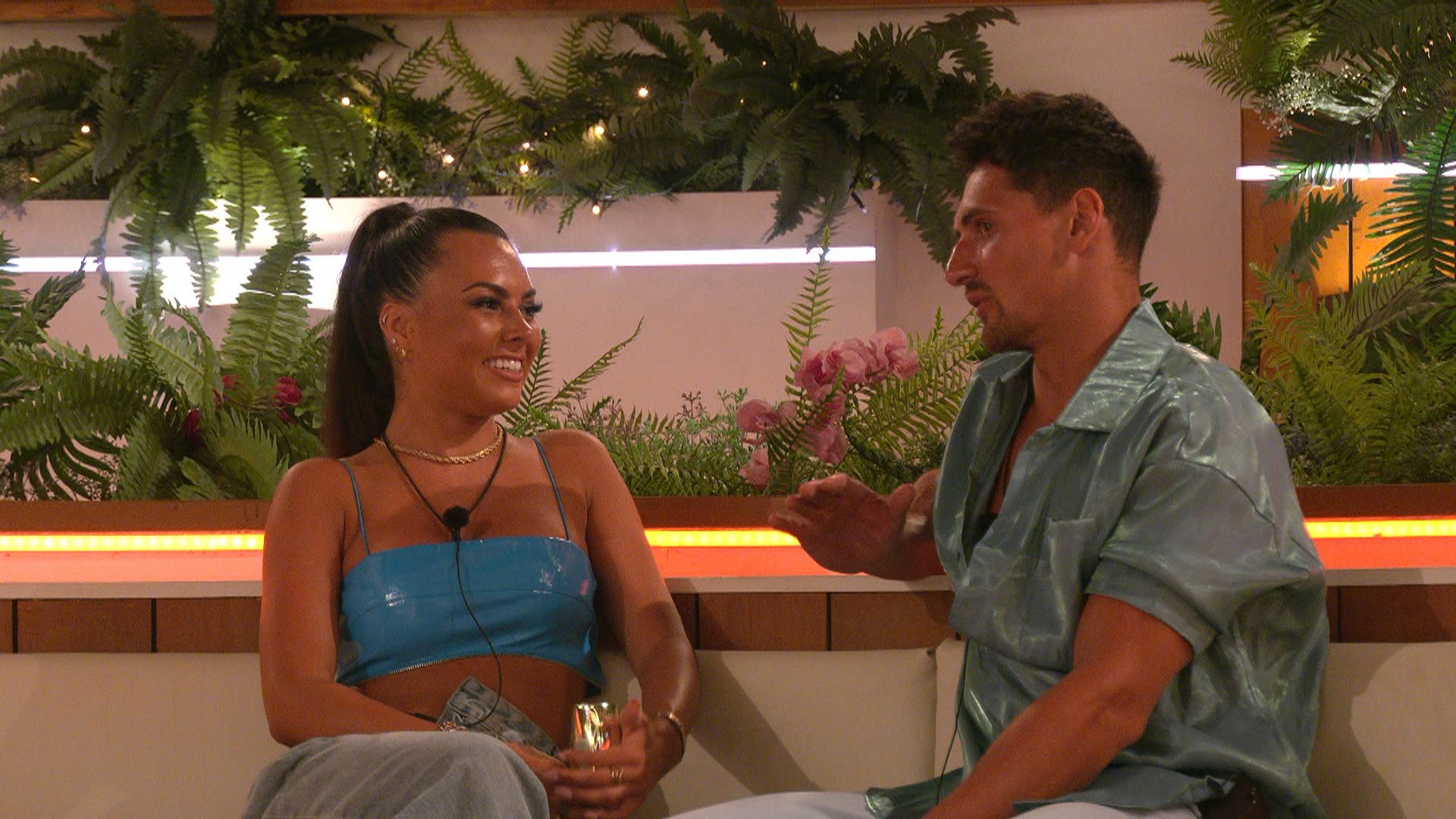 On Friday, Jay recently chose to couple up with Paige despite her already being partnered with Jacques.

Last night saw Jacques and Paige have a heart to heart in private and tonight she pulls Jay for a chat to see where his head’s at.

Paige says: “I totally understand it can feel awkward and stuff when you see me be with Jacques. I just don’t like being that person in the middle, do you know what I mean?”

Jay admits: “I won’t lie, this morning when I woke up I was feeling a bit of mixed signals.

“If you say you’re open to getting to know me, cool, but obviously last night I saw you and Jacques had a moment together and I thought maybe it’s just a bit too late for me…”

Later on and while seated on the outdoor sofa area, Antigoni receives a text which reads: “Islanders, it’s time to get dressed up as tonight you’ll be having a Blue Party. #goodtimesgoodvibes #glamup”

Later that night at the Blue Party, Paige pulls Jay for a chat, saying: “You said you’d rather me be direct so…”

And Paige isn’t the only one with something to get off her chest that evening. At the end of the night, Tasha nervously pulls Andrew for a chat on the terrace.

Love Island: SR8: Ep22 on ITV2 and ITV Hub. Pictured: The Islanders make their way to the Blue Party: Paige and Jacques. ©ITV

But with Andrew still unclear on Tasha’s true feelings, what is she about to say?

Love Island, tonight at 9PM on ITV2 and ITV Hub.

Episodes are available the following morning on BritBox.