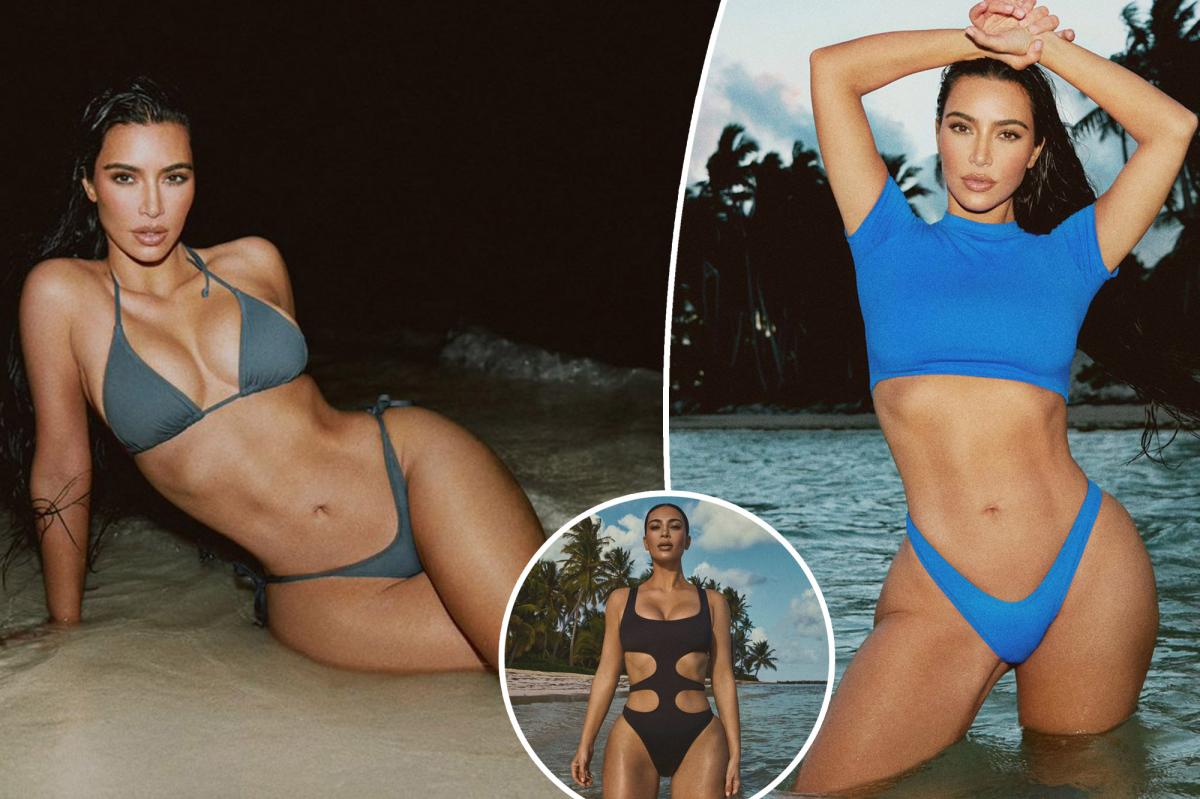 It’s been a big week for Kim Kardashian, and it’s only Monday.

First, the trailer for her family’s much-anticipated Hulu show “The Kardashians” dropped; then, she announced the launch of Skims’ new swimwear line.

Kardashian, 41, revealed on Twitter and Instagram that her brand is dropping its first-ever swim line on Friday, March 18, sharing several shots of herself posing in the sexy styles.

The superstar spoke to Business of Fashion about her company’s latest launch, saying, “I’ve really wanted swim for a really long time.”

It helps that swim is currently the most-searched category on Skims’ site, despite the fact that Kardashian’s brand – now valued at $3.2 billion after its Series B funding round, per BoF — currently carries multiple other categories including shapewear, loungewear, cotton basics and bras and underwear.

She captioned her Instagram carousel announcing the line with, “You’ve asked, we’ve listened.”

Skims Swim will launch with 19 mix-and-match styles, including long-sleeved crop tops, bike-short unitards and, of course, the classic triangle tops that Kim herself has worn many times over the years. Kardashian said she designed pieces like “legos” to allow customers to build their own sets.

The collection will be available in sizes XXS to 4X, and pricing ranges from $32 to $108.

The swimsuits are available in seven solid colors, including the skin-toned options that Skims customers love, as well as more colorful choices like cobalt and periwinkle.

Kardashian previously posed on Instagram in a few of the swimsuits without tagging them, but has since gone back to make sure everyone knows they’re Skims.

The line will be available online as well as at an upcoming Miami pop-up, followed by pop-ups in Los Angeles, Japan and Dubai.

According to a press release, Skims Swim is meant to seamlessly go “from day to night, poolside to pool party, the beach and more.”

Kardashian served as the fit model for the collection, and tested all of the fabric herself. Let’s just hope the final product fares better than her sister Kylie Jenner’s foray into swimwear.