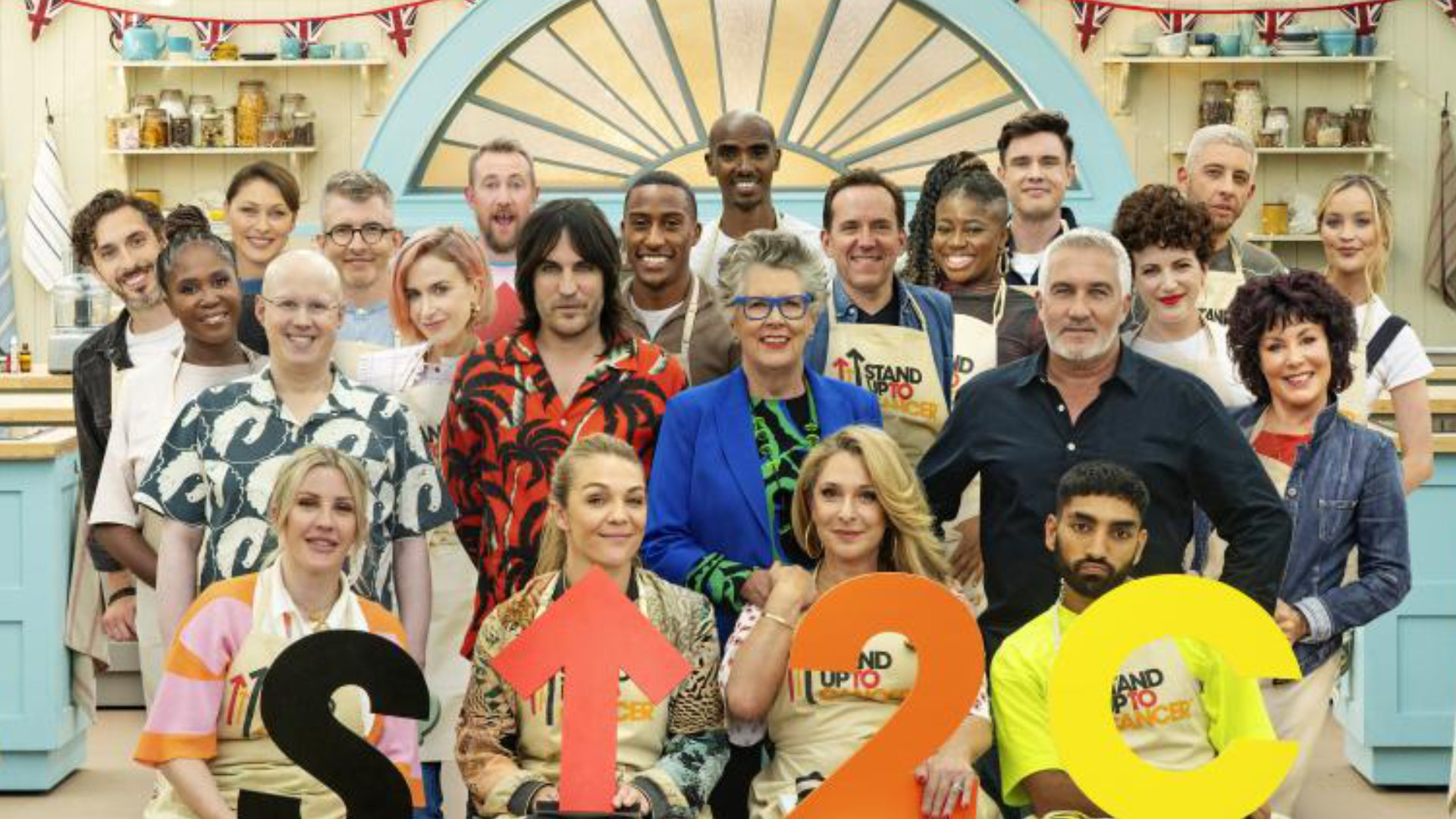 The line up of celebrities on The Great Celebrity Bake Off for 2022 have been confirmed.

Once again, a range of familiar faces will be entering the tent in support of Stand Up To Cancer, raising money to help fund vital cancer research.

Every episode sees four celebrities join Bake Off hosts Noel Fielding and Matt Lucas in the tent, aiming to impress judges Paul Hollywood and Prue Leith with their baking skills.

They’ll face a trio of classic Bake Off challenges at the end of which one celebrity will be named the week’s Star Baker.

The Great Celebrity British Bake Off 2022 will come to Channel 4 later this Spring with a start date to be announced.

Stand Up To Cancer, the joint national fundraising campaign from Cancer Research UK and Channel 4, has raised over £62 million to date funding 52 clinical trials and projects involving 11,000 cancer patients across the country.

The Great British Bake Off 2022 celebrity specials for Stand Up To Cancer will air on Channel 4 later this year.

For now you can watch past episodes online and catch up at All4.

Following The Great British Bake Off new Celebrity specials, the main series of Bake Off will air later in 2022.